As always with these post-comp debriefings, there are spoilers to follow.

You have been warned!

For the Moon Never Beams is my second parser-based entry in the IFComp. I'm very proud of it and am thrilled with its placing in the comp!

Here are the stats:

One of the ideas I had come up with for a new game was a kind of mystery/horror game where the PC (a high school student) had to discover who or what was killing off people in a small town. The player would eventually discover that not only was it a werewolf, but that it was one of his (GASP!) female classmates.

I really liked the idea of a female werewolf, which is something we don't see much in fiction. I thought that had a lot of interesting potential, but as cool as I found the concept, I didn't think it would make a good denouement for a mystery story. The idea of a female werewolf was wasted if the player didn't find out the identity of the werewolf until the end. So, I tweaked the story around in my head for a while until I decided to just nix the mystery aspect altogether and move the werewolf reveal to the beginning of the story. That fixed my problem, made for an exciting beginning and completely changed the motivation of the PC. Now instead of trying to solve a mystery, the PC is trying to stay alive and save his girlfriend at the same time, a plot that has many more interesting possibilities than my original idea. 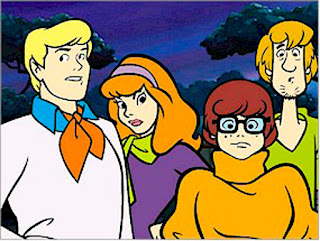 I wanted a title that would foreshadow the werewolf nature of the female character, the romance aspect of the plot and the overall horror vibe of the story. That wasn't asking too much, was it? I decided to mine Edgar Allan Poe's works for inspiration and focused specifically on Annabel Lee because it's one of my favorite EAP poems and because it deals with the pain of a lost love, something the PC would want to avoid. The title comes from the final stanza, which opens the game and sets the mood:


One of the issues with the werewolf character was how little time the player would have to interact with her while she was a human. She changes very early on in the story and doesn't change back until the end (assuming the player reaches the optimum ending). So, I wanted to pack as much as I could in the little time available. I spent a lot of time on the conversation that Kelly has with the PC, trying to make her into a sweet, intelligent and believable character that the player would be motivated to save. I hope I succeeded. I like her anyway!

There are only a few named characters in the game, all of them teenagers. Since the game takes place in 1993, their names all come from lists of popular baby names in the mid-to-late 70's. Kelly's was the most important to get right and the name seemed to fit the vision I had for her in my head.

I waffled a bit on her appearance. I considered several races and hair colors, but I ultimately went with a redhead because I liked the phrase "red-coated werewolf" and thought it made for a unique and memorable image.


There's really very little info on the PC in the game, which was by design. If you pursue all of the conversational possibilities with Kelly, you get the feeling that the PC might tend a bit toward the geeky side (as does Kelly) but beyond that, the player is free to fill in the blanks.

Our resident Breakfast Reviewer said that he imagined the PC and Kelly being played by Emilio Estevez and Molly Ringwald. I have to admit that I never thought of that, but I kind of like it!

Trying to effectively gauge the difficulty of your own game is quite a chore. I grew up on Infocom games and they have heavily influenced my own tastes and preferences in IF. I like difficult games and compared to Infocom's works, I don't think FTMNB is all that difficult. 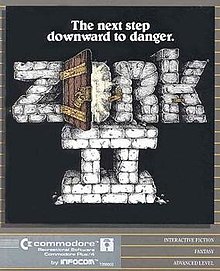 However, some of my players were not comparing my game to Infocom's works and did find it to be rather difficult. Ok, actually phrases like "punishing," "frustrating" and "too old-school unfair" were used (and some of those were from people who liked the game!) The game currently holds a forgiveness rating of "cruel" at the IFDB.

It was never my intent to create a game that was horribly difficult. It was my intent to create the kind of game that I like to play and I like overcoming moderate and difficult puzzles. I did try to insert hints, clues and warnings to the player throughout the game and I even fretted that I was giving some things away. I also spent a great deal of time implementing a pretty thorough hint system, so I thought the difficulty pretty reasonable.

But hey, I also like Zork II, so maybe I'm a glutton for punishment.

A few more random thoughts before I wrap this up.

1. I was shocked that nobody complained about the fact that my game has a maze! I did have a complaint from one player that mentioned he was frustrated that he got stuck in the maze due to bad luck, but not one reviewer complained about the existence of the maze itself. I tried to create a different kind of maze where mapping wasn't important at all, but rather perseverance and attention to detail would win the day.

2. It is sometimes difficult to know when to listen to your beta testers and when to thank them, but keep something the way it is. My beta testers were awesome! They absolutely made the game much, much better. One of the most important changes they suggested (which I resisted for quite a while) was implementing the visible exits in the status line. I hated that idea at first, but I have to admit, they were 100% correct. It made the game better without sacrificing any of the puzzles. In  fact, having the exits visible actually enhances the maze and made it better. Who knew?

But there was one thing I refused to change that at least two testers mentioned. They didn't like my use of the word "therein" in one of my sentences, feeling that it seemed out of place. The thing is, I liked the way the sentence read. The first time a tester brought it up, I decided to keep it the way it was. The second time, I decided to try to rework it. But, in the end, I could never find a sentence I liked as much as my original, so "therein" stayed. If you played it and it bothered you, know that my testers did their best to convince me otherwise, but my stubbornness won the day on that one!

3. The book of spells was something that I had to add after realizing I had unintentionally made the game extremely difficult (I can feel some of the game's critics rolling their eyes here). At one point, the PC gets bitten by a vampire bat and begins turning into a vampire. This makes it impossible for the PC to cross the stream and get back to the car as in some tales vampires can't cross running water. I thought that was a really cool bit of atmosphere and it added another sense of urgency to the game as the PC falls further and further under the vampire's curse.

Unfortunately, this also made it impossible for the player to get back to the car, which was really unfair if the player left something behind. I agonized over that for a while before I came up with the solution of the book of spells with one spell (ISOGUL) which the PC can read once the transformation into a vampire begins. This spell teleports the caster across bodies of water. BOOM. Problem solved and the player gets to cast some magic, which was kind of cool. Also, I was able to add hints and clues in the book that became accessible as the PC became more vampiric and less human. 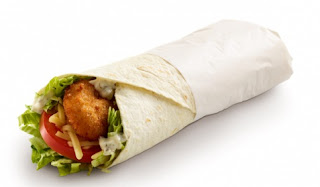 Sorry for this, but I wanted one more picture.

I'm very proud of For the Moon Never Beams. It is exactly the kind of game I wanted to create and that makes me very happy. I had a great time writing it and if you played it, I hope you enjoyed it too. Thanks for reading my thoughts on it and I hope you'll give my next game a chance as well!